An Article by Lolita Makeeva Has Been Published in Philosophy Journal

The article "Analytic philosophy as a historico-philosophical phenomenon" by Lolita Makeeva has been published in Philosophy Journal, Vol. 12, No. 1.


During last decades, analytic philosophy, its distinctive features, sources and main figures have become a subject of a wide and intensive discussion. Having been the predominant philosophical movement in the XXth century, analytic philosophy was represented by some researchers as a very problematic phenomenon – with the uncertain past, the present crisis condition and without any prospects in future. Thus, according to A. Preston and H.-J. Glock, analytic philosophy only existed as a kind of illusion, that is, because some thinkers believed in its existence. The present paper argues that these skeptical conclusions were received since, firstly, analytic philosophy was treated as a philosophical school or movement, associated with a certain position, and, secondly, it was mistakenly supposed that a philosophical school can be given a definition as a set of necessary and sufficient conditions for belonging to that school. Analytic philosophy is a different kind of historico-philosophical phenomenon which should be described, following the leading Russian historians of philosophy, as a movement having a distinctive style of philosophizing. The paper shows how that notion can be elaborated relying on L. Fleck’s idea of “thought style” and M. Polanyi’s conception of “personal knowledge”. Also, with the help of that notion P. Hacker’s proposal to significantly restrict analytic philosophy in space and time is criticized. It is argued that, if it is considered in such a way, many important achievements and distinctions of analytic philosophers cannot be properly appreciated. 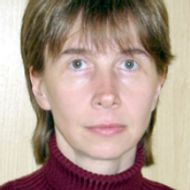