Publications
Article
Abstraction and Generalization in the Logic of Science: Cases from Nineteenth-Century Scientific Practice

Article
If Sounds Were Dispositions: a Framework Proposal for an Undeveloped Theory

Journal of Medicine and Philosophy. 2018.

Article
On the Constructive Axiomatic Method

Article
Undecidability of the transitive graded modal logic with converse

Have you spotted a typo?
Highlight it, click Ctrl+Enter and send us a message. Thank you for your help!
To be used only for spelling or punctuation mistakes.

The International Laboratory for Logic, Linguistics and Formal Philosophy (LLFP) was founded on April 16, 2018 based on the results of the project competition for creating international laboratories at the Higher School of Economics for the period from April 2018 to December 2020.

2018 Formal Epistemology, Logics and Pragmatics of Agency in Rational Interactions

2019 Semantics and Pragmatics of Agency

2020 Models of rational agency in logic, linguistics and formal philosophy

LLFP is an interdisciplinary centre of cooperation, where researchers in logic and linguistics come together to apply formal methods to solve conceptual problems, as well as develop integrative approaches, which can address key issues related to classical philosophy, such as truth, knowledge, substantiation, rationality and normativity.

On June 2, Natalia Zevakhina and Veronika Prigorkina presented the talk "Deriving Conditional Perfection in Russian: the role of negation, clause order and face" at the 14th European Conference on Formal Description of Slavic Languages (FDSL-14).

The article "Active Inference and Abduction" written by Ahti-Veikko Pietarinen and Majid D. Beni was published in the academic journal “Biosemiotics”.

On April 16, a round table discussion dedicated to the triennial of the International Laboratory of Logic, Linguistics and Formal Philosophy was held.

Natalia Zevakhina gave a presentation at the 43rd Annual Conference of the German Linguistic Society (DGfS).

On February 25, Natalia Zevakhina gave a talk "Veridicality and cause-effect relation inindicative and subjunctive conditionals" at the Semantics and Pragmatics of Conditional Connectives Workshop which was held during the 43rd Annual Conference of the German Linguistic Society (DGfS).
The conference was organized online by University of Freiburg from 24 to 26 February.

The new article of Alexander Zapryagaev

The article "Multi-dimensional Interpretations of Presburger Arithmetic in Itself" written by Fedor Pakhomov and Alexander Zapryagaev was published in the  academic journal “Journal of Logic and Computation”. 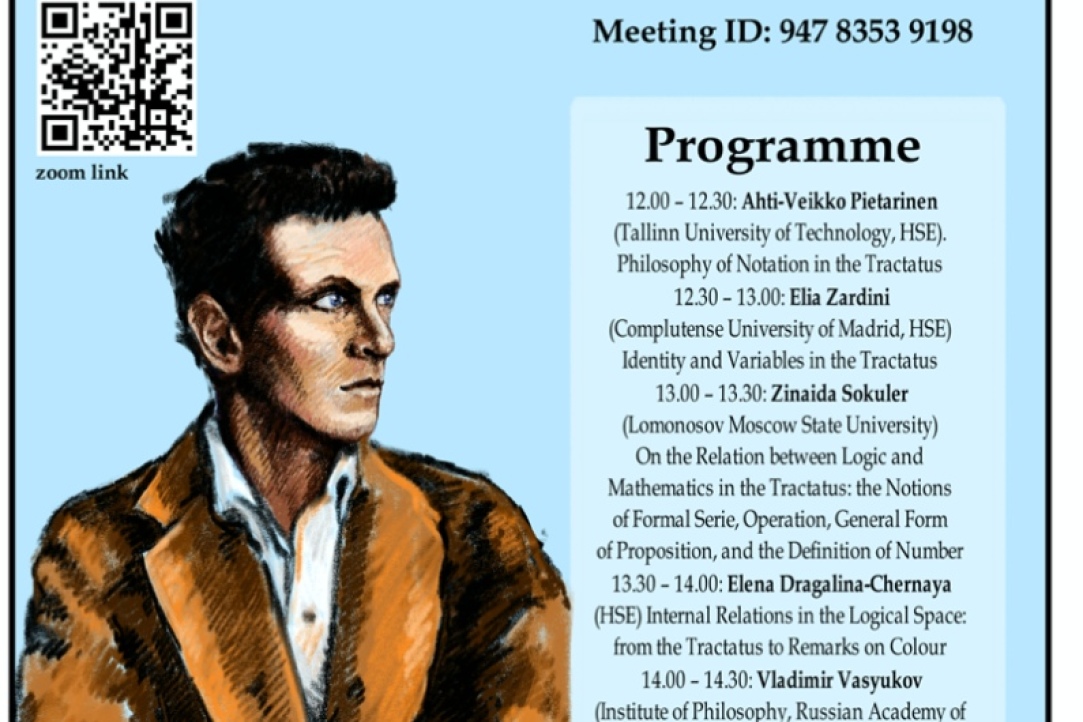 HSE Workshop "Logic in the Tractatus Logico-Philosophicus: A Century of Interpretations" in the World Logic Day

The Preliminary Defense of Dissertation

On December 18, the dissertation prepared by Jorge Luis Méndez Martínez on the topic “Logic and Phenomenology of Non-Visual Representation” has been successfully presented at the preliminary defense.
Dissertation Advisors of the Doctoral School of Philosophy accepted the thesis for defense.

Logical aliens and where to find them: the new article of Gala Maksudova-Eliseeva

The article "Logical aliens and where to find them" written by Gala Maksudova-Eliseeva was published in the  academic journal “Logical Investigations”.

Talks at the conference "HOMO LOQUENS"

On December 3, Vladimir L. Vasyukov and Irina Kirilova presented their papers, "Postnonclassical Universal Logic" and "Normativity of Logic and Probability Theory in the Analysis of Everyday Conditional Reasoning", respectively at the Second conference "HOMO LOQUENS: Logic-Language-Culture". The conference was organized by the Immanuel Kant Baltic Federal University.