The article "Logical Pluralism in Lvov-Warsaw School" written by Vladimir L. Vasyukov was published in the  academic journal “Voprosy Filosofii”.

When Jan Łukasiewicz, eminent representative of the Lvov-Warsaw school, has re­proached the great philosophical systems of Plato or Aristotle, Descartes or Spinoza, Kant or Hegel with vagueness, incomprehensibility, inexactness of reasoning and proofs, erroneousness of logical theories underlaying those systems then his receipt of overcoming these shortcomings was that philosophy must be reconstructed from its very foundations; it should take its inspiration from scientific method and be based on the new logic. However, the twist of fate was that Łukasiewicz’s appeal left philosophers indifferent whereas the logicians responded in it in unexpected manner. They did not begin to reconstruct the philosophy itself but for the purpose of making it based on the new logic they start to elaborate non-classical logical systems allow­ing to evaluate the logical content of the philosophical theories with the new point of view. Where early logicians have seen just paralogisms and logical errors they now start instead discovering non-standard logical reasonings and proofs because their po­sition became pluralistic. Such logical pluralism was disseminated in the Lvov-War­saw school whose representatives (Łukasiewicz himself among them) exert them­selves to develop and strengthen it. The paper deals with the analysis of that phenomenon of logical pluralism in the Lvov-Warsaw school and the ascertainment of its presuppositions and tendencies. It is shown that the reason of logical pluralism of the school became its orientation to logic and logical methods when solving the complex philosophical issues, the paraphrasing method and awareness by school representatives of an impossibility of overcoming paralogisms of some philosophical theories in the framework of classical logic.

Date
12 August  2020
About
International Laboratory for Logic, Linguistics and Formal Philosophy
About persons 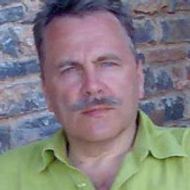