Research Assistant of Laboratory for Logic, Linguistics and Formal Philosophy took part in the conference on metaphysics 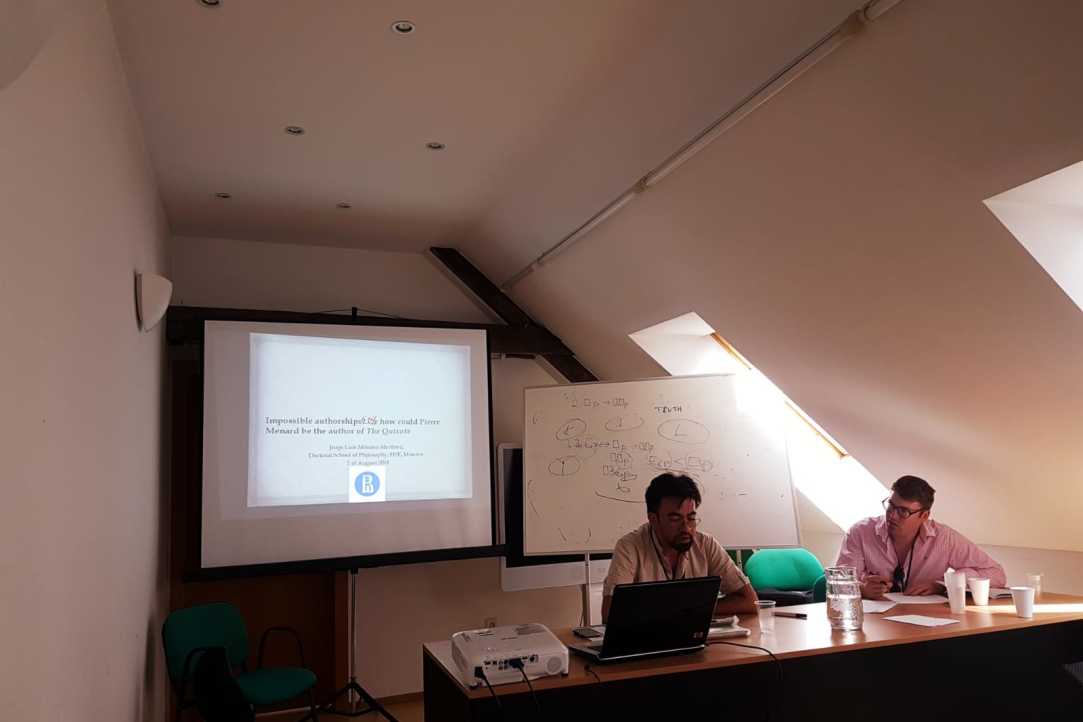 On 2 August 2018, Jorge Luis Mendez Martinez made a report "Impossible authorships? Or how could Pierre Menard be the author of The Quixote" at the conference “Issues on the (Im)Possible”.

“In this talk, I want to discuss the notion of impossible authorships in connection to the discussion about fictional objects. In particular, I want to start contesting the notion of a robust fictional object as is depicted by Amie Thomasson (1999) and the existential dependence that such an object (or ‘artefact’ as she calls it) has on the author and authorial intentions. The goal of the talk is to discuss the problem of authorship by discussing the idea of possible/impossible authorships and, by doing so, I also will emphasize some of the differences between fictional objects and impossibilia.”